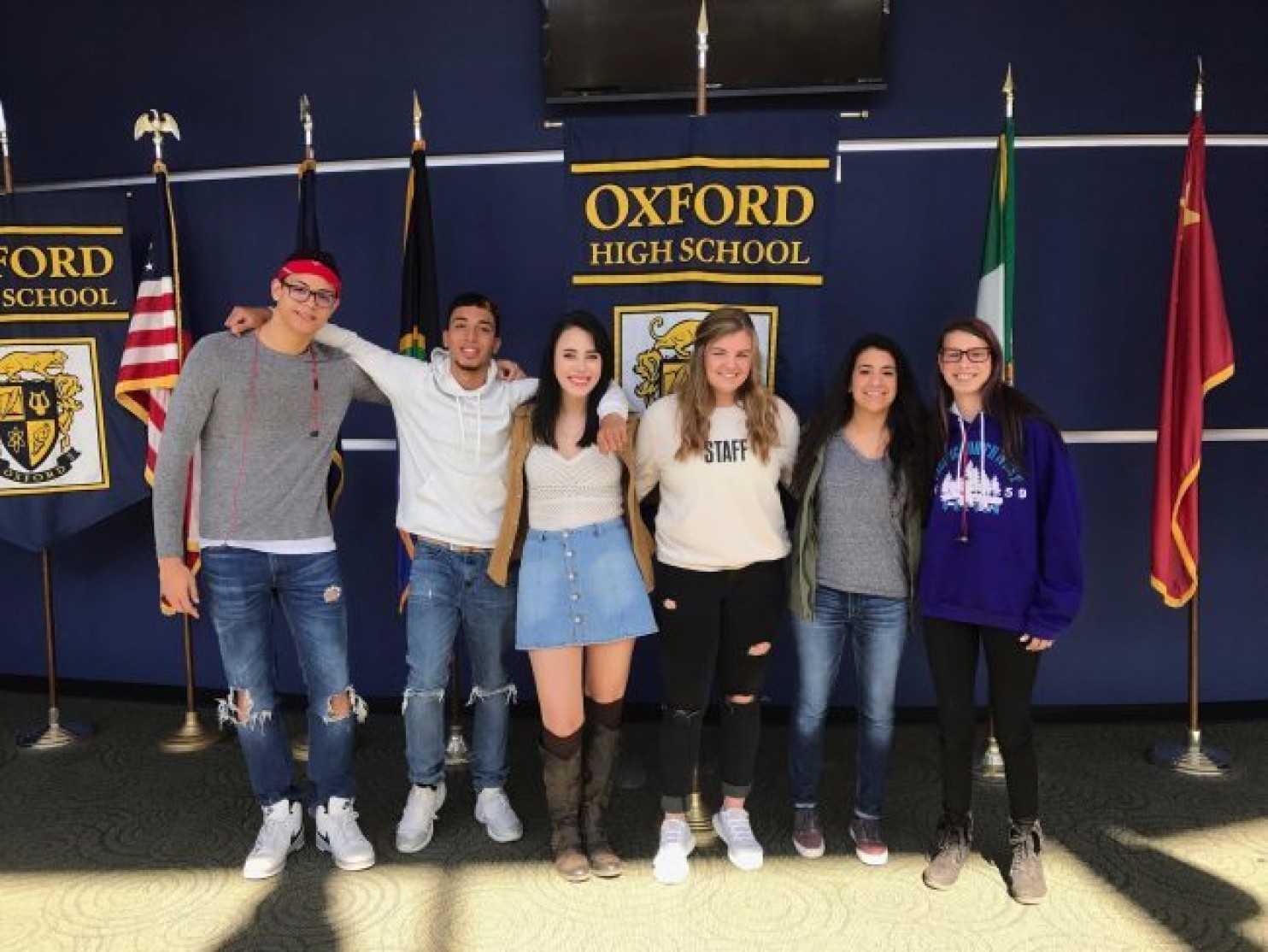 These students who’ve struggled emotionally are sharing ‘13 Reasons Why Not’ over their school loudspeaker.

These seniors at Oxford High School in Michigan are recording tapes to explain why suicide isn’t the answer. Dating an abusive popular boy. Feeling like an outcast. Being told to kill yourself.

These are the experiences a group of high school seniors are sharing with the entire school body this month. They are stories of bullying and depression and suicidal thoughts, stories of not feeling enough.

A student’s recording of his or her painful story has played each morning since May 1 over the loudspeakers at Oxford High School in Michigan.

The idea came as a response to the controversial Netflix series “13 Reasons Why,” which follows the aftermath of a teenage girl’s suicide and the tapes she left behind singling out each person who contributed to her death. The series has been widely criticized for its handling of the sensitive material. Geared toward a teenage audience, it does not discuss mental health or suicide prevention, and presents suicide as a way to have your voice heard.

So some seniors wanted to show their classmates that they can speak up and be heard now. They volunteered to share vulnerable and difficult stories about their lives, but instead of using their tapes to blame someone for their negative experiences, they single out a person who has been kind to them, who has helped make life worth living.

“I think the show accurately depicted what happens in high school … the problem we had with the show is it made it seem like suicide was the only option and didn’t raise mental health awareness, and it didn’t give resources,” said Riley Juntti, the first student to have her tape played. “That was very troubling for us; we wanted to fix that with our project.”

Kayla Manzella made the fourth tape that was played last week. She shared how girls on her volleyball team picked on her so much that she dreaded going to practice. Her voice cracks on the recording as she talks about how one of the girls told her, “Why don’t you just go kill yourself?” She says she wondered whether anything would change if she weren’t there.

But then she mentions Alexa Alban, a peer who showed her kindness when so few others did. She thanks Alexa for talking her out of hurting herself just by being a friend. She reminds her classmates listening that words matter, both good and bad.

After her recording aired, Kayla said in an interview that random people hugged her in the halls and sent her messages on Twitter.

Kayla Manzella, a high school student in Oxford, Mich., describes being bullied and encouraged to kill herself by other students.

Alexa, who made the fifth tape played at the school, sharing stories of being mocked for her weight and wishing she were thinner, had a similar experience. She said people have approached her to say how much they could relate, how proud they were of her and how brave they thought she was.

The high schoolers’ project, which they’ve aptly named “13 Reasons Why Not,” is also in memory of Megan Abbott, a freshman who committed suicide in 2013 and was found in a wooded area behind the school. Her sister, Morgan, who is a junior at the school and is hearing all of these stories every morning, told the local Oakland Press News: “I think if Megan had something like this going on in school when she was there, we would have had more time with her.”

Suicide rates among women have increased among every age cohort except those older than 75 since 1999, with the largest increase being among girls ages 10 to 14, according to the Centers for Disease Control and Prevention.

No one but the involved seniors knew about the high schoolers’ project when Juntti’s tape first played over the morning announcements more than a week ago. She began hers like the lead character of the Netflix show, Hannah Baker, started hers: “Hey, it’s Riley. Riley Juntti. Don’t adjust your whatever device you’re hearing this on. It’s me, live and in stereo.”

Riley goes on to describe an emotionally and physically abusive relationship. She talks about threats to her and her friends, and how she grew accustomed to hearing that she was worthless or better off dead until she eventually believed it. But then, instead of naming the person who hurt her, she names a friend who “saw her when no one else did.”

“Thank you for your kindness I cannot repay,” she says. “You are one of my 13 reasons why not.”

Since the tapes started playing each morning, Juntti said that tardiness has gone down in first period, the hallways are silent and everyone is in their classrooms eager to listen. She, and the others, have not heard a single negative comment about them or anything they’ve shared, she said.