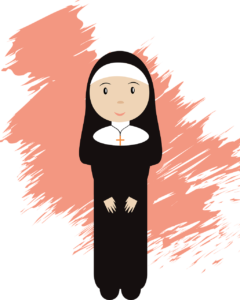 While shopping in a food store, two nuns happened to pass by the beer cooler. One nun said to the other, “Wouldn’t a nice cool beer or two taste wonderful on a hot summer evening?”

The second nun answered, “Indeed it would, Sister, but I wouldn’t feel comfortable buying beer as I am certain that it would cause a scene at the check-out counter.”

“I can handle that without a problem” she replied as she picked up a six-pack and headed for the check-out.

The cashier had a surprised look on his face when the two nuns arrived with a six-pack of beer.

“We use beer for washing our hair,” the nun said, “A shampoo, of sorts if you will.”

Without blinking an eye, the cashier reached under the counter, pulled out a package of pretzel sticks, and placed them in the bag with the beer. He then looked the nun straight in the eye, smiled, and said, “The curlers are on the house.”