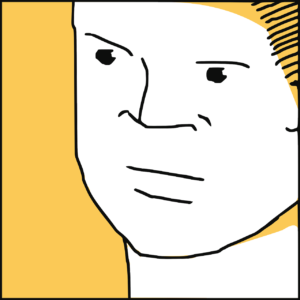 Tom Morrow was known to be a contrarian. If someone says it’s black, Tom would say it’s white.

One day this surly young man challenged a priest about God’s existence.

“There is war, and hunger, and sickness. I struggle every day to earn a living, and still, I don’t have the money I need to live on. A God doesn’t hear my cries. A God doesn’t see me suffer. Surely, the creator would not allow such things to happen if there were a God. Therefore it’s obvious – God does not exist.”

He continued to explain gently to Tom. “God is not defined by miracles performed or tragedies averted. God exists outside the realm of definition. Unlike everything else in the universe, God exists outside of it and inside of every living being in creation. When you begin to believe in yourself, you begin to grasp the concept of God.”

It sunk in. Tom was bested by a Man of God, and he became a man who believed in God and began to believe in himself.