Story: A Son Rises Up 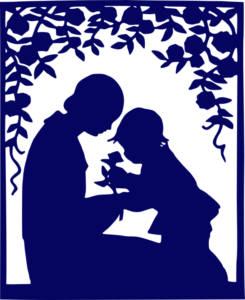 A long time ago in a land far away, there lived two brothers. Their father was a wealthy landowner with holdings stretching across the countryside.

The boys grew up in a loving household, each treated fairly by their father, and educated by the finest teachers. They studied with the wisest of the wise holy men who shared lessons of scripture with the two lads.

Harry was the younger brother. He had a sensible nature and a keen wit. He loved learning and if there was a choice between a book or a game – the pages of a good story always won out.

Leon was a little older than Harry, and very different from his younger brother. He had a quick temper, tended to act impulsively and he had an imposing physicality. Leon was tall, broad and awfully strong. He loved to run races, he competed at sports.

The boys grew to be men with wives of their own, and their dear father died. The family mourned their patriarch, in the tradition of the time and they were grateful to God for having given them a fine father for so many years.

But then, not too long after, something good happened that turned out to be terrible. Gold was found in the hills on Leon’s property.

After their father’s passing, the real estate was divided equally between the two brothers. Everyone was happy with the arrangement until Leon discovered the gold. It was like something snapped inside his head. All he could think about was the riches buried under the ground.

Leon was determined to find all the treasures hidden in the resources of Mother Earth. The heartiest men in town were hired to dig for gold. Leon’s lush green fields turned into giant rabbit holes with mounds of dirt, torn up trees, and healthy green grass obliterated.

Harry saw the destruction and was appalled. He found no temptation to do the same. He and his wife Nell had more than enough to eat from their abundant gardens and enjoyed their simple life without need for more.

Months passed. Leon grew richer and more greedy. The gold became a drug, an obsession he could not control. Every week Leon paid a visit to his brother Harry trying to convince him to allow his gold miners to dig on Harry and Nell’s acres. The answer was always a firm no.

The meetings grew more contentious as the year went on until one day Leon threatened to takeover Harry’s land by force. A war between brothers was unthinkable to peace loving Harry, and he knew the time had come to do something about it.

“It’s time to leave.” he said. “Leon is not in his right mind, and I fear we are in danger. We must pack light, leave everything we have behind and start a new life elsewhere.” And without a trace, Harry and Nell left the land and left Leon behind.

When Leon found out that his only kin had run away from him, his first reaction was hurt, then anger at Harry. His final reaction was glee – for now he could take over his brother’s land and double his own riches by digging for more gold. And that is exactly what he did.

Harry and Nell journeyed for a fortnight and settled in a big city where they lived anonymously and happily. A son was born and their joy knew no bounds. Harry educated Martin, Nell taught him to love and labor earnestly and by the grace of God he grew to be a fine young man.

Meanwhile, Leon built an empire from the riches and as his wealth grew, so did his power. He employed thousands of people and demanded the strictest loyalty from them. He had a posse of thugs at his beck and call who would take care of the dirty work required of the tyrannical overlord.

Leon woke one day with revenge in his heart. He decided to send his thugs to every corner of the region to find his brother Harry and to have him killed. It didn’t take as long as he thought it would.

It was a cool May morning. Harry, Nell, and Martin lie sleeping in their bungalow. Two strangers entered the home and one slit Harry’s throat. Nell was the next victim and with a quick flick of the knife, Nell too, bled to her death. But young Martin escaped unseen.

Martin inherited his mother’s love and his father’s intelligence. The cruel senseless death of his parents brought him to a crossroads. Did he avenge the death of the two people he loved beyond measure? Or could he turn the other cheek in the face of hatred and get on with his life.

Instinctively, he had a powerful urge to go to his uncle’s house and deal the same fate has befell his own mother and father.

Intellectually, he knew that violence never ends with more violence, and his father and mother lived by the principles of peace.

Lovingly, he knew that his uncle was a tortured man and even the sinner deserves forgiveness and compassion.

And with his choices laid out before him and God, Martin wisely chose love.

His uncle’s thugs were on his trail and Martin knew he was their next target. He knew there was one place he could go where they would never look for him: He would go back to the land of his father.

Martin boldly went to the house of his uncle and asked for work. The housemaster hired him on – first in fields, then in the stables, and because Martin was super smart and a tireless worker, after a short while he was promoted assistant to the housemaster. This provided Martin with easy access to his Uncle Leon.

Martin studied the man responsible for his parent’s death and learned his every way. As he got to know him, a strange love grew there. Pity and understanding is a powerful combination.

Leon noticed the new assistant and took a liking to the lad. There was something pure, something good he noticed, which he hadn’t seen in all the years since his younger brother abandoned him.

After three months working in the big house side by side with his Uncle, Martin decided it was time for the big reveal.

“Sir, you have power and riches, yet you are unhappy. Every night your sleep is interrupted by nightmares. Your mind is in turmoil, your body is agitated, and your soul is lost. I can help.”

Leon was shocked to be spoken to so plainly, to hear kind words, to see a humble servant so self-assured.

“Tell me lad, what can you who has nothing do for me who has everything?”

Young Martin replied, “I am your nephew, and I can give you peace. I forgive you Uncle, and I am here to love you.”

Leon’s restless spirit broke down and his body relaxed. He released the tears which he held back for twenty long years. Martin embraced him until his uncle’s eyes were dry once more.

The uncle and his nephew did just that.

There was a sacred coming together of two souls who needed each other. Leon, long suffering in his loneliness. And Martin, who missed his mother and father with every passing day. They grieved their loss together in the tradition of the time, and went on to re-build the family, side by side, sowing goodness throughout land.