Story: A Tale of Love and Money 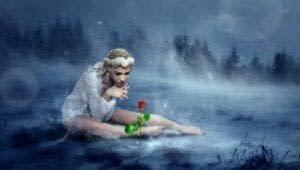 This is a story about a modern-day American Princess and her Prince Charming. It is not a fairy tale. It’s a true story and, it doesn’t have a totally happy ending.

But it does have hope.

Princess Elizabeth was daddy’s little girl until the day he walked out on the family and left them mired in debt.

It wasn’t only the family jewels and their great fortune that went missing. When Lizzie’s dad skipped town, he stole his little girl’s innocence along with her mother’s five-carat emerald cut diamond engagement ring.

The marriage is over and, the family is in shambles. Lizzie is broken-hearted, angry, resentful, and bitter. Yet she holds on tight to her faith in God. She and her mother have a mess to deal with, and she prays for a way out.

The answer to her prayers comes by way of her grandmother. Nana Shaw is her Mom’s mother. Nana is a strong woman with an intimidating demeanor. Her father used to call her “Iron Lady” and some other names which are not nice at all.

I’ll share a little background about Nana Shaw, and you’ll understand how the privilege and entitlement get passed down to the female generations in Lizzie’s family.

Nana was widowed early in life. Papa Shaw was a physician who used his generous income to invest in stocks, bonds, and real estate. At 39 years old, Nana Shaw was in charge of a healthy portfolio that keeps her wealthy until the present day when her daughter finds herself dumped by her husband and penniless.

Nana Shaw to the rescue – with conditions. Lizzie and her Mom are to sever all ties with anyone connected with “the bum who did this.” That means Lizzie doesn’t see or talk to her father, paternal grandparents, cousins, aunts, or uncles. It means revenge in the form of lawsuits, both criminal and civil.

It’s a strategic plan of nastiness to the highest degree.

Adding to the loss of her father is the loss of her previously close extended family. Lawyers, litigation, and revenge is the focus. That period lasts ten long years to no avail. The family fortune had long since been squandered and never replaced.

Nana Shaw’s assets stay healthy thanks to a robust financial market. Throughout it, Lizzie and her Mom have an unlimited allowance. Material possessions fill the loveless gaps left by the man in their life who deserted them.

It isn’t easy for either of them to move on.

Trusting men is hard. Lizzie is now an adult who knows nothing except indulgence and entitlement – just like the generations of Wilder women who went before her.

And then the day comes when Lizzie meets her Prince Charming. Peter is adoring, kind, and gentle. He comes from a good family, and best of all, Peter works in the family business. Cha-ching$$$.

A whirlwind romance gets underway, and to her surprise and delight, Lizzie drops all of her defenses and loves Peter wholly. She trusts him and relies on him. Lizzie needs him, and he is there for her.

Lizzie enchants Peter. He thanks God hourly that he should be the object of Lizzie’s love. He steps up to become the man of Lizzie’s little family. Lizzie, her mother, and even Nana Shaw gladly hand over their emotional care to Peter.

Lizzie and her Mom plan a grand wedding where there are 500 guests in attendance. When Lizzie walks down the aisle, there’s a collective gasp from friends and family. It’s a day devoted to the beautiful princess bride, and she radiates joy.

Peter gets his first hint of what is to be after the wedding ceremony and before dinner. It’s cocktail hour, and Lizzie gets something in her left eye. It could be a speck of dust or a tiny scratch on her cornea, but it’s bothersome. The spell is broken. Lizzie is distraught. She and Peter spend the cocktail hour in the bride’s dressing room, where Peter ministers to her irritated eye. No matter how hard he tries, he can not make it better. Finally, Lizzie agrees to leave the room and join their guests for dinner and dancing.

It’s a side of Lizzie Peter never saw before.

Peter recalls the “wedding incident” as the first of many times he believes he may have made a mistake in marrying Lizzie.

Peter and Lizzie have many good times together. The times when her mood swings high is everything Peter could have hoped for in a life partner and more. But when her mood swings low, Peter describes it as walking into the octagon. He prepares for a fight, and he loses every time. Lizzie is a formidable opponent.

They go along as married couples do, and they have a baby together. And another. Two perfect little girls. Lizzie and Peter are good parents, and it sustains them – for awhile.

The recession hits, and Peter’s family business is in trouble. After sixty years of fat paychecks and generous perqs, the well runs dry. Peter finds himself unable to pay his bills on time. He takes on a second job, but even that is not enough.

Lizzie is not supportive. She doesn’t understand why they are getting calls from bill collectors. Why is Peter refusing to pay for the girls’ riding lessons? Neiman’s cuts off her credit.

Lizzie goes to her mother for help just as her Mom went to Nana Shaw years ago. With Mom’s support, the spending goes on as if nothing has changed.

But it did change, and Peter asks Lizzie to pitch in. The girls are in school all day, can Lizzie get a part-time job to cover a few household expenses? Her answer is no.

Resentment grows along with the heavy load Peter carries. The highs of Lizzie’s personality are fewer and farther between. There are no more good times at all anymore – nothing to balance Lizzie’s constant demands.

Peter suggests marital counseling. Lizzie refuses. She knows if Peter makes more money, everything will be okay. Lizzie still loves Peter and wants it to go back to the way it always was. She wants what she signed up for; a husband who adores her and takes care of her, an unlimited bank account.

Peter can’t do it any longer. His best isn’t good enough.

Lizzie believes Peter will come to his senses, but he already has. His good sense tells him Lizzie can’t change, and she deserves someone who will support her in the lavish style she is used to. Peter is exhausted and beaten up. He prays for a solution, and his prayers go unanswered.

Peter is trapped for five more long years. He claws his way out of debt and manages to find a job that pays enough to live a moderate lifestyle. Of course, it’s not enough for his wife, but by now, all of Lizzie’s expensive habits are subsidized by her mother – and it has become the new normal.

It’s graduation day for their eldest daughter, and it’s a day of awakening for Peter. He has slogged through eighteen years as a father, and twenty years as a husband.

His role is changing. Next year at this same time, his youngest daughter will stand on the graduation stage, excited about her plans to leave and go off to college. He makes a decision right there and then. He will make his plans to leave the marriage.

Peter has a long honest talk with Lizzie. One they should have had years before. Lizzie is heartbroken, angry, and frustrated. She feels cheated. But before long, she rebounds and begins to make a plan. It involves her mother’s continued financial support, revenge, and lots of litigation.

The apple doesn’t fall far from the tree.

After a senseless messy divorce that spans two years, five months, one week and, six days, Peter leaves the courthouse elated. He is a free man.

Lizzie will never be free. Her upbringing centers around the need and the want of money – at all costs. She can’t help being who she is.

Peter prays his two daughters will break the Wilder curse of entitlement and financial dependence. It’s a tug of war with him on one end of the rope and Lizzie on the other.

He’s winning. His older daughter is a professional woman, secure in her career, and healthy in her habits. His younger daughter is a social worker and an activist who speaks out against the inequality she sees daily. Though they love their mother, neither of the girls appears interested in following in her footsteps.