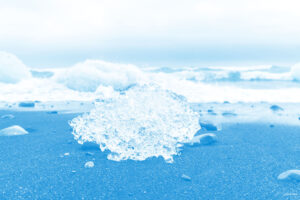 Shmuel was one of many tailors in the town of Shpeltz. His business was failing. Truth be told, he wasn’t very good at his craft. His stitches were uneven, unfinished, or he would use thread that didn’t match.

His business sense was more lacking than his sewing skills. He would charge too little or raise his prices and charge too much. He couldn’t make it work, and he was tired of trying.

One day he saw a notice: “Come to Diamond Island and Get Rich Quick!”

Samuel closed the tiny tailor shop. He sold his meager possessions and bought a ticket on a ship that sailed to Diamond Island.

When he arrived, he was ecstatic! There were diamonds everywhere – as far as the eye could see. The dirt beneath his feet was covered in diamonds. The mountain tops blinded the eye with their sparkling luminescence.

By sunset on the first day of his arrival, Shmuel was rich. He collected so many diamonds that his bags bulged with them.

Shmuel was exhausted, thirsty, and hungry. He saw a local inn and went to the counter, where he asked for a room and a meal. The clerk handed him a key and pointed to the dining room where Shmuel saw people eating great platters of food and huge decanters of drink.

Shmuel took a nice-sized diamond from his pocket and gave it to the clerk for payment.

Shmuel was bewildered. “This diamond must be worth thousands.”

The clerk replied, “Not on Diamond Island.”

“Why not?” asked Shmuel.

“As you can see, there are unlimited diamonds here. The currency here is chicken feathers.”

“Chicken feathers?!!” Shmuel is stunned. Back home, chicken feathers were everywhere. They littered the roads. They stuck in your nose. They were a nuisance, not a treasure.

There was no room at the inn for poor Shmuel. No meal. No drink. He left his bags of worthless diamonds behind him and walked toward the harbor.

Shmuel sat on a rock as he pondered his future. How could he make a living? What was he going to do?

It was the lowest point of Shmuel’s existence. He prayed for guidance.

The harder he cried, the more lost he felt. After hours of tears and pleas for help from the Almighty, Shmuel fell asleep, his head leaning on a diamond boulder as a pillow.

He was woken by something moist on his cheeks. Shmuel opened first one eye than the other. A baby chick was licking his cheeks and forehead.

Without lifting his head from the diamond, he spoke softly to the tiny creature.

The bird snuggled in closer.

Shmuel’s heart opened wide, and he embraced the young chicken in the palm of his hand.

That’s when he knew what he was to do.

From that point on, Shmuel and the chick grew together. The bird grew large and strong with beautiful feathers that delighted the eye and were soft to the touch. Shmuel grew wiser and understood the value of scarce resources.

The Shmuel and Bird Company became the premier supplier of feathers on the island. But, unlike his competitors, Shmuel raised chickens humanely. No-kill, lots of delicious feed for the flock, and large open ranges for grazing.

Shmuel felt it was a privilege to serve, and the business thrived on compassion, love, and devotion to God.

After all, that’s what having riches is all about.