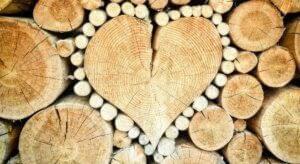 Harold is a tough customer. He is rough on the outside and not much smoother on the inside. Though he’s a good man, he is not a nice man.

The way Harold Brown sees it is he had some bad luck. His wife died just as he was preparing for retirement. Notice how I said Harold had the bad luck? Harold is a self-centered person and he never stopped to think that the bad luck belonged to his late wife Lorraine. Harold related her untimely passing to his own loss even thought it was Lorraine who would miss seeing her daughters married, and Lorraine who would never know the joy of grandchildren.

Life doesn’t wait for those licking their wounds, and Harold grudgingly moved on. He didn’t want to be alone and he didn’t quite like the company of others either. So Harold carefully shopped for a next wife who could provide him companionship yet not get too clingy. He wanted someone who had her own money because Harold did not like to share.

Two years after Lorraine’s passing Harold re-married. Adelle was a nice enough person. A little empty upstairs, but she suited Harold fine except for one thing. She had a bad ticker and died from a heart attack seven years in to their marriage. Her death was extremely inconvenient for Harold. It annoyed him that now he had to start the process all over again.

By now, Harold is showing his age and not the prize women are looking for. He is alone and getting more crabby and mean with each passing day. Harold’s plan was to re-marry quickly so he wouldn’t have to pay someone to drive him to doctor appointments and he would have someone to do the things women do – clean the house, prepare the meals and keep him company when he got lonely. His wish list was more suited for a caregiver than a wife and to no one’s surprise – except Harold, he got no takers. Not even a nibble. That’s where I come in.

I work for Harold, I take care of him. His daughters call me a saint and pay me well to take his insults, wipe his behind, and trim his ear hairs. I’m doing God’s work, so I’m okay with my lot.

Harold has a thing about doctors. He hates them. But he needs them and going to the doctor is about the only outing he has to look forward to.

Harold has a doctor visit on the calendar to see a gastroenterologist, Dr. Shah. The young doctor has two strikes against him before he ever met his new patient. Harold doesn’t like “young punks” and he doesn’t trust “foreigners”. Dr. Shah is both.

It takes Harold forever to enter a doctor’s office. He has Parkinson’s and shuffles slowly and carefully through each and every step. The wheels of his walker rotate ever so slightly until finally there is forward motion.

The doctor is already in the examining room before we enter. That never happens, rookie mistake. Yet, there he was, oh so patiently waiting for Harold Brown to make his entrance.

Dr. Shah swiveled around and got up from his little stool to greet him.

Harold grimaced, then grunted. No reply.

I helped Harold get seated next to the doctor who was back on his swivel stool at the computer desk. And then Dr. Shah surprised us again. He turned away from the computer and scooted over to where Harold sat, faced him, looked him straight in the eyes and with the utmost sincerity asked Harold how he is doing.

Doctors may ask that question while tapping away on the computer, but they never ask it like they mean it and they never devote full concentration to the answer.

Dr. Shah listened while Harold unraveled eighty-five years of digestive history. The doctor asked personal questions about Harold’s overall well-being and he even asked follow up questions when Harold told the good doctor he was a WWII veteran.

I couldn’t believe what I was witnessing. The doctor actually taking his precious time to get to know his patient beyond a medical history. It was the most awesome display of human kindness I have ever encountered.

When we left Dr. Shah’s office after the lengthy visit I stole a glance at Harold to see if he was as touched by the doctor’s care as I was. I couldn’t read him, he was focusing on his shuffle.

Later that night when dinner was over and Harold was still sitting at the kitchen table I asked Harold what he thought about Dr. Shah. He was underwhelmed.

“That young punk will never make it in medicine. I used to go to Dr. Oren, HE was a top guy. Retired now. Probably dead. Oh well.”

I persisted. “But Harold, he is such a nice man, a caring man. He is so knowledgeable about your condition. He was helpful with good advice about dealing with your symptoms. Surely you noticed his kindness.”

Harold replied forcefully. “I don’t need to be bothered by such foolishness.” It was a true Ebenezer Scrooge moment. “Kindness. Shmindness. Nonsense.” He muttered.

And then he got up from the table and Harold spent another night alone. No human contact until thirty-six hours later when I returned the day after next to take Harold grocery shopping, and to run some errands.

I get to Harold’s house early, it’s 7:00 am. I have a key and I let myself in. Something isn’t right. The house lights are still shining brightly. I walk in to the kitchen. No dishes in the sink. I open the refrigerator and last night’s meal is still wrapped – it hasn’t been touched. I run to Harold’s bedroom. The bed is made with no Harold in it. I find Harold in the bathroom on the floor, sitting in a pool of his own urine, disoriented but alive. I call 911 and then I call both daughters. Neither one picks up.

While we wait for the ambulance to arrive, Harold starts crying. He reaches out his hand and I grab it. He squeezes tightly. The human touch is a powerful thing. I send God’s love through the palm of my hand and Harold receives it. We have a good five minutes in silent communion until I hear the paramedics pounding on the door. I get up from my crouched position to let them in.

Harold has never been the same since. In a good way. He lost what little physical strength he had. But what his body lost his heart gained in abundance.

I am now working 24/7 taking care of Harold. He jokingly calls me his “housewife”. I never even suspected that Harold had a sense of humor. Another thing I never knew was Harold has a spiritual side. We talk about a God who had been as silent as Harold was stubborn. That’s Harold’s description not mine.

“I had some lessons to learn.” He explains. “And for me, lessons learned are experienced – not preached.”

I am astounded by Harold’s transformation. It’s miraculous to see. Redemption is ageless. Man, woman, or child can be redeemed in any season of life, for any reason at all.

We have a doctor appointment next week with Dr. Shah. I can’t wait to see Harold’s reaction to the compassionate doctor now. Since his spiritual awakening Harold no longer talks about the foolishness of kindness, he is experiencing it. And Harold is grateful for it.

Blessed is the one who thanks God for simple human kindness.