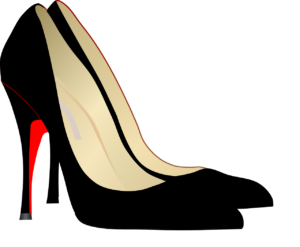 It was a hot and sticky summer night twelve years ago. Kelly’s 30th high school reunion. She took one last look in the mirror and thought, “Not bad, for an old broad.” Then she laughed at herself. “Where did that expression come from? It’s 2007, not 1937.” Kelly left the house chuckling, she was in a really good mood, expecting a fun night ahead.

She was in for a surprise.

The reunion was held in a private room at the Honeycomb, a restaurant near her house. Kelly never moved too far away from her hometown and she had only a ten minute drive until she got there. She pulled into a close parking spot grateful that she wouldn’t have to walk too far. After all, a girl wants to make a nice impression and she was wearing a new pair of heels.

In the parking lot she met Sandy. A guy from her bio class. They weren’t friends in high school but it was fun to see him after all these years. One hug in and she wasn’t even six feet from her car. Next she saw Debbie Danford getting out of her Dodge minivan.
“Soccer mom” she thought with a smile. Debbie was a total jock. Voted best female athlete in her class. She gave a friendly wave and walked into the Honeycomb. She was right on time and the place was filled already. Most faces were familiar and a few she didn’t recognize at all.

She stopped to check in and pick up her name badge complete with graduation picture. That’s when she saw three women very deliberately walking toward her.

Kelly knew Jill Ahren on the right and Becky Kole on the left, neither had changed much in thirty years. But she was drawing a blank when it came to the one in the middle. And it was her who stepped forward.

“Kelly, Kelly Cochran?” The question was more of a statement in a distinctively unfriendly tone. In fact she was downright hostile. Kelly leaned in close and saw from the name tag it was Sharon Shafton, a girl who lived two blocks down when she was growing up. In a quick assessment, she didn’t remember ever seeing Sharon in high school and certainly not since. Apparently that wasn’t the only thing she didn’t remember about Sharon.

“Remember the club you had in third grade? Remember how you wouldn’t let me be in it?” She asked accusingly.

“Yes. You and Nancy Graham had a club and you wouldn’t let me be in it.”

It was a planned ambush. Becky and Jill were in on it. Sharon was furious. She confronted Kelly and said, “I spent years in therapy, you ruined my life and you don’t – even – remember – it!!!” Becky put her arm around Sharon’s shoulder, Jill gave what sounded like a “tsk tsk”. Then they walked away and Kelly ran after them.

“Sharon, I am so sorry I hurt you like that. I had no idea, please forgive me.” Kelly kept talking trying to right her forty years ago wrong but Sharon wasn’t buying it.

“Please Sharon, let’s start fresh, let’s hug it out.” And as she reached for Sharon’s hand, hoping the human touch could heal, Sharon turned her back and walked away from Kelly, with Jill and Becky by her side. Becky did a quick backward glance and gave a shrug to Kelly as if to say “Lost cause.”

Kelly walked out of the room to collect herself. Under most circumstances Kelly could find the silver lining in every cloud. She tried, “How nice that she has the support of two good friends.” It felt hollow. This poor girl was deeply damaged and she was to blame. She tried again, this time to rationalize. “Surely Sharon must have bigger problems and that’s why she can’t get past a childish slight after all these years.” Maybe so, but her pain is real and it was this one incident all those years ago that sent her to the edge. Then one final try to release herself from the growing shame she felt. “I was eight years old, how could I know how hard she would take rejection?” She thought that’s probably true but it did nothing to relieve the growing pit in her stomach.

And Kelly was disappointed in her younger self. She liked to think she was a kind and compassionate person. She always thought she was a nice girl at every age. She could think of plenty examples where she was helpful and generous and considerate. But none of those mattered right now.

Helene Jackson walked past her in the hall and gave a squeal: “Kelly Cochran!!!” Helene started babbling on about what she’s been doing, how good to see her, how long as it been since we ran into each other with the kids…” Without skipping a beat or noticing the tears welling up in Kelly’s eyes, Helene spotted someone else and moved on.

Kelly knew she couldn’t stay and pretend nothing happened. She left the reunion and went home.

Her husband Bob was worried when she walked in the door shortly after leaving. She told Bob what happened. He didn’t say a word, he simply held her while she cried. But she still had this hole in her heart.

The next day she called Nancy Graham.

“Do you remember when you and I started a club in third grade and we told Sharon Shafton she couldn’t be in our club?”

She answered, “I think I remember the club, I don’t remember Sharon Shafton, but it’s possible we didn’t let her in. We were very selective.” She laughed. “Don’t worry about it.”

But she did. There wasn’t a week that went by in all those years she didn’t think about Sharon. She did the only thing she could think of that could possibly help her ease her guilt and hopefully make things better for Sharon. She prayed.

We began the story when it was twelve years after the reunion. Today is a breakthrough day for Kelly.

She got a Facebook message from Jill Ahrens who she hadn’t seen since that hot and sticky night twelve summers ago. “Call me.”

Kelly called the number. Jill answered. “Sharon passed away. She died from a brain aneurysm.” She went on. “Sharon was not an easy friend.” Jill explained. “Becky and I stayed in touch with her all these years because she was so needy. It’s a lousy basis for friendship, but there you have it. That’s the truth.”

Jill was looking for absolution from Kelly and was willing to give her some in return. She was sorry she didn’t say more or do more when Sharon attacked her. Sharon had a long history of mental illness diagnosed well before the third grade. The doctors think that her aneurysm at fifty years old could have been the result of a long standing brain tumor.

Jill talked and Kelly listened generously. Two women with nothing more in common than a childhood in the same neighborhood. And while Jill talked Kelly realized that Sharon was finally accepted into the only club that mattered, God’s Kingdom in heaven.

There were a lot of lessons to be learned from Sharon. Kelly’s big takeaway was to always be extra kind and to pay close attention to the vulnerable, the unpopular ones, the lonely, and the mentally ill. You never know what grows inside and you never know how your actions can affect someone’s soul. But one thing is clear, acceptance is always the Godly way to treat your fellow human being.