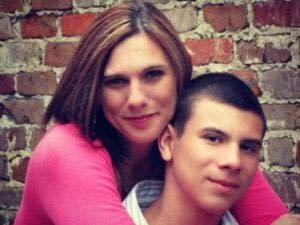 Andrea had a milestone birthday. It was the final birthday of her thirties, and she was still single. There was no man to call her “honey” and equally as disappointing, no child to call her “mom”.

After two decades (plus) of dating unsuitable suitors, Andrea decided to stop trying. She took herself off a very stale singles market.

In addition to canceling her dating club membership and going offline from the online dating websites, Andrea mentally, emotionally, and spiritually declared the end of an active search for a husband. She really was fine with her self as a self-sufficient single woman, nuclear family of one, with her parents, aunts, uncles, and cousins surrounding her.

It was her father who gave voice to the idea no one would talk about out loud.

Jerry has recently been downsized from his job. He was unemployably sixty-six years young, and his professional career was done. His wife Lynne was still working, years away from retirement. He remembered exactly when he came up with the idea. It was a Monday – actually Tuesday because it was 2:30 am and he was wide awake, sitting in his sage green leather recliner, watching reruns of a game show on the tv.

A commercial came on from Catholic Charities. They are looking for foster parents. The sixty-second spot was designed to tug at the heartstrings and Jerry fell for it. He was bawling like a baby, wiping his nose on his pajama sleeves. He cried for the children, he cried because he felt sorry for himself and his situation.

And when he stopped crying and all the pity and self-pity was gone, he started to think about how much he loves parenting. How much he would love grandparenting if his sweet and strong daughter Andrea could have a child.

I think you can guess where this is headed, but watch for it – there’s a twist you probably don’t see coming.

When the sun rose that Tuesday he waited until 8:30 am, Andrea’s commute time.

“Good morning sweetie.” He said when Andrea answered his call on her cell phone.

“Can a guy get a lunch date with his daughter today? I’m anxious to run something by you.”

“I’m curious Dad, what’s this about?”

The conversation between father and daughter that day was the beginning of a beautiful future.

Dad suggested Andrea think about fulfilling her dream of becoming a mother in a new and different way; without a husband. It was a new century. Medical advances in fertility made conceiving a child possible for Andrea. Religious objections had been debated and decided. The door was wide open for people in unique situations who wanted to start a family even though traditional methods didn’t provide a solution.

Andrea had thought about a Plan B to parenthood many times before. It wasn’t until her Dad gave her the green light that she began to take the idea seriously.

One week before her fortieth birthday Andrea found out she was pregnant. She would be a mother after all. And her dad would help.

Her father will be there. Her husband will be there. It’s been ten happy years since she met Michael. He’s a good man, another male role model for her son, and a help to Andrea.

Jerry and Lynne are in town for graduation. They live in Arizona now, still active grandparents, yet Jerry is no longer the one caring for Steven like he did when his only grandchild was growing up.

They are all bursting with pride at the graduation ceremony. Steven makes a toast at dinner that night thanking his family and gave a special shout out to Poppa Jerry, who spent so many years waiting with him at the bus stop, helping him with homework and taking him to his afterschool activities. They reminisce about the good times, the embarrassing times, and they remember the hard times too.

Sunday is Mother’s Day brunch. Steven gets the bagels. He thanks his Mom, for having the guts to become a single mother, for defying traditional expectations so that he could be born. Steven is a grateful young man, happy to be at the table with his family who loves and supports him, thankful to be his mother’s son.