Story: Love to Give Away 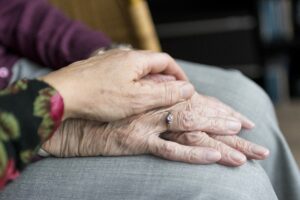 Sherry is a queer girl. Not queer in the way the word is used today – reflecting one’s sexual preference. She isn’t queer in the 1960’s schoolyard description of the unpopular kid.

Sherry is queer because she is odd. Unconventional. Not like the others.

Her mother always detested that about Sherry. Helen was a woman who liked to compete. She was driven by perfection. Never a hair out of place, or a bra strap slipping. Her home was immaculate with vacuum marks making elegant slashes in the nap of the purple velvet sectional.

Helen wanted her daughter to outshine the other girls in the neighborhood. Sherry wanted only to be left just to be.

Anyone could see that Helen and Sherry were a mismatched pair. Mother and daughter opposites.

Helen loved Sherry, but never showed it. She would argue that encouraging Sherry to be like the other girls was her way of expressing affection. After all, she thought, if only Sherry would lose weight, fix her hair, smile more, (the list goes on) how much happier Sherry would be.

It was a rocky mother-daughter relationship throughout the years. Mostly Helen throwing rocks and Sherry dodging them.

Yet, the time has a way of passing, and it passes quickly. Before too long you notice you are slowing down, but the clock isn’t. You’re ripping off calendar pages with reckless abandon, and a new year is always around the corner.

Back in the seventies when she finished school, her title was secretary. It never dawned on her to try a different path while other more ambitious women were pursuing splashy careers.

Sherry simply did her job well. She didn’t hesitate when it came time to turn her typewriter over for a word processor. She wasn’t lazy when she needed to take classes to sharpen her skills. When computers took over the workplace she was ready for it.

Floppy disks, hard drives, networks, and the cloud. She changed with the times. Word Perfect to Word. Excel with pivot tables. Databases. PowerPoint. She learned them all.

Although no one noticed Sherry as a person they’d like to get to know, they did notice her ability to get the work done.

He saw in her the perfect executive assistant. She was efficient, accurate, and yes, a little queer. But that was a plus. Sherry had no dates to rush off to, no family waiting for her at home. She required very little attention. Even a “thank you” now and then would have seemed superfluous.

Jon valued the work Sherry did for him, day in and day out, yet he rarely showed his appreciation. He sensed it would only make Sherry uncomfortable. He was half-right.

When Jon was ready for retirement, Sherry was too. They were a team and it was too late in life to start again.

Sherry had built up a nice nest egg. She was always a saver and made good investments. The market was on her side. She was set financially.

As for her mother, the years had not been as kind. Helen had a small pension, barely enough to get by in the style she was once accustomed to. Never one to lower her standards, she turned even more bitter, frustrated, and unforgiving.

Helen needed her daughter’s help. And Sherry gave it graciously.

Is it possible to rise above a lifetime of verbal abuse?

There was a time when Sherry was deeply affected by her mother’s disaffection. But, once she was safely out from under her mother’s roof, she took a birds-eye view. And she saw things clearly.

She saw the little girl inside her full-grown mother; who lashed out because that’s all she knew. Helen was bullied by her own mother.

Sherry’s own girlish demeanor helped her understand her mother’s methods. And once understood, they could be dismissed as a character flaw. Nothing personal. Reaction. Pure reaction.

Dementia came on fast and furious for Helen. She could no longer live alone. Sherry was a devoted daughter, but even she had her limits. She simply couldn’t be a full-time caregiver to her Mom.

So, she made arrangements for her mother to live at Aspire, a nearby memory care facility. Helen went in kicking and screaming, but Sherry was stronger, quietly calming her mom’s anxieties.

It wasn’t an easy transition. Yet, Sherry knew she made the right decision. After a month, Helen settled in.

A funny thing happened there.

With roles reversed, it was Sherry’s turn to mother her mother.

For the first time in her sixty-seven years, Sherry felt what it was like to receive love from her mother. It was as if dementia melted her mother’s heart. Compliments gushed from Helen’s previously harsh lips. Hugs and hand-holding became an endless activity.

Helen was finally happy, and Sherry was emboldened. She grew from the queer girl to a remarkable woman. She had it in her all along. Years of being satisfied with her lot. Patience to wait out a troubled relationship, and most important of all, a lifetime of love to give away.

by Susan Diamond
Read More by this author

About this Story: I’m at the stage in life where I’m watching my elderly mother and some of her few remaining friends begin to lose their cognitive skills. I have an affectionate mother who always heaped praise on me. My friend was not so fortunate. Her mother was “Helen”. I’m praying for a happy ending for both her and her mother. But I’m not so sure it will happen. Love to Give Away is my attempt to write a happy ending for all the resentful daughters with mothers who didn’t know how to love them properly. God bless you all.