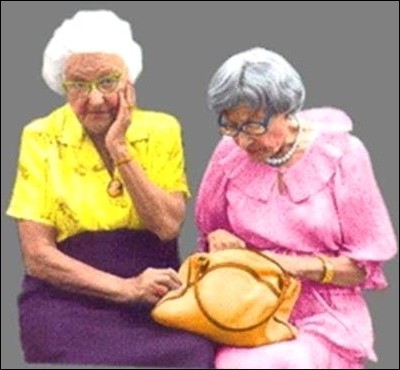 Though the names and details have been changed, I’m told this is a true story about two roommates in a retirement home somewhere in New Jersey.

One woman, we’ll call her Shirley, is a widow with one son who lives in California.

She has made a few friends in the retirement home but has no relatives nearby, and no one to come visit her.

Shirley is Jewish. She doesn’t have a history of following the many religious customs of her faith, but she has a deep pride in her heritage.

The other woman, Rose, is also Jewish. But she and her large family are observant Jews. They follow the Jewish law precisely. She eats only kosher food, she abstains from turning on lights or driving in cars on the Sabbath. She faithfully follows the practices of her orthodox community in every way.

Rose enjoys the weekly visits from her children and grandchildren who live nearby. There isn’t a Sunday that passes without at least one member of her large family dropping by.

Shirley and Rose are not only roommates, but they are good friends and cheerful companions for one another. They even pray together every morning, including silent prayers in their devotions.

It was a Monday morning when tragedy struck room 115 in the New Jersey retirement home.

Rose’s eldest son got the call.

“Your dear mother passed away in her sleep last night.”

The family proceeded to make the funeral arrangements.

The custom among religious Jews is to bury the dead within 24 hours if possible. The belief is a person’s spirit hovers over the body until burial when it can then descend to heaven.

Monday late afternoon was the very traditional Jewish funeral. Closed casket, a plain pine box, the deceased is laid to rest in a shroud.

Rose’s children began the period of mourning, the “shiva” which would last seven days.

On the next to the last day of shiva the phone rings. It’s unusual but not unheard of for the phone to ring during the mourning period. They don’t answer it at first.

But the caller is persistent and the daughter-in-law picked up the phone. She gives a scream and the family members come running into the kitchen, where the phone is still dangling in her hand.

They are shocked to hear their mother’s voice on the other end, wondering where they’ve been and why she hasn’t heard from anyone.

Their mother is alive.

The family all run to the retirement home and sure enough there sits their mother safe and sound. But her roommate is missing. Where’s Shirley?

She passed away last week.

The director of the retirement home is called in and sure enough, it was a mix-up with the names when the paramedics came.

Here’s where this story takes an even stranger turn.

The director calls Shirley’s son to tell him not only of her passing but that she has already been buried.

“Buried?” Says the son. “It was my intention to have her cremated.”

He explained. “My mother always wanted a traditional Jewish burial. But with costs running into the thousands of dollars, and the expense of paying for the retirement home all these years, I would never be able to afford it. To think, my mother’s prayers were answered.”

There were no lawsuits against the retirement home or its director. No hard feelings or recriminations.

The family felt it was God’s will that they take part in properly burying their mother’s dear friend. They are grateful they could afford to do it, and happy that their mother is alive and well.

By Susan Diamond
READ MORE stories by this author