Story: There’s Something Different About Ted 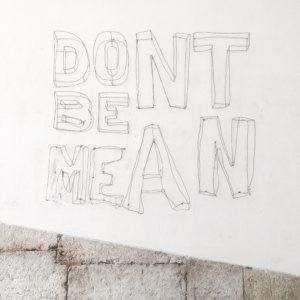 Ted was a cruel and heartless boy. He was mean to the other children. He disrespected his elders. He delighted in squashing insects and torturing small animals.

His parents didn’t know what to do.

The Felders were good people. God-fearing, hard-working, loving parents who prayed to find a way to change Ted’s heart and turn around his horrendous behavior.

And still, even with prayer and the best intentions, Mark and Jean Felder could not break through to their son.

The Felder family live in Moxie, a smallish town sixty miles from the big city. Moxie is a place where neighbors know one another, the high school is the cultural center of the town, and there is still a main drag where most of the local businesses are located. There’s no Starbucks in Moxie but there is a Wal-Mart right off the highway.

Everyone in Moxie knew and feared Ted. Folks would cross the street if they saw Ted coming. He was someone to avoid.

Even as a young tot, Ted had no playmates. His big sister Dara would have nothing to do with her beyond bothersome brother, and his baby sister Sweetie, would scream and cry if Ted came near her. Neighbor children ran the other way if they were fortunate enough to see Ted coming before they were seen by him.

Now…if you’re a compassionate sort, you feel sorry for the boy. If you’re the problem-solver type, you’re thinking “get this kid’s on meds, he has a serious personality disorder.” And if you’re a spiritual person, you’re praying for Ted and God to have a meet-up and for Ted to see the light of right.

The Felders covered all three bases. Jean smothered “Teflon Ted” with love and understanding which Ted firmly rejected. Mark took Ted (kicking and screaming) to see a therapist, who after three sessions declared the effort a failure as Ted would not cooperate and was not open to change. The pastor from the Felder’s church had long talks with Ted about Jesus, Christian values, heaven and hell. Nothing got even a glimmer of interest from Ted.

Eventually, the family and the townspeople learned how to deal with Ted. Mostly with avoidance, definitely with annoyance, and ultimately by accepting that there is nothing that can be done about Ted.

But God doesn’t give up.

The Almighty sent signs to jolt Ted from his evil ways. Literally.

One spring day, the skies turned dark at noon and a storm came barreling through Moxie. Ted was outside by his mailbox gleefully checking out the destruction, when he was hit by lightening. Now, if this were a movie, this would be the point in the plot where Ted would come to with a new attitude and charming personality. Or at the very least Hollywood would give him convenient amnesia and he would forget he was so rotten. But no, this was Moxie and Ted recovered from the lightening strike with all his meaness intact.

Next, God sent one of His best angels to teach Ted a moral lesson about the Golden Rule. The angel came to Earth disguised as a twelve year old boy and called himself Michael. “Michael” met Ted at the park where he was playing alone (as usual) and introduced himself.

“I want to be your friend.” he said to the friendless boy.

Ted turned on the angel and began to beat the “you-know-what” out of him. Naturally angels can take a fair amount of punishment and when “Michael” neither cried nor bled, Ted was a little taken aback. Using the element of surprise, the angel decided to give Ted a taste of his own medicine.

With fists flying, the angel roughed Ted up and after pinning him to the ground, “Michael” said, “How do you like being on the other side of a brawl?” Ted smiled and as he wiped his bloody nose he replied, “Actually it was quite fun.” With that he got up kicked the angel in the shins and walked away. The Golden Rule was one more attempt that backfired with Ted.

God was watching it all from above. Ted was one of His most stubborn cases in recent time. The Almighty decided He better handle this one on His own.

Without shape or form, God left the heavens and landed in Moxie. He caught up with Ted who was on his way to the outskirts of town to shoot some sparrows with his BB gun. Ted was startled and dropped his gun. His steps ended at some sort of invisible, immovable object. He tried going to the left. He tried going to the right. He tried walking backwards. He was stuck in place.

Ted’s heart was pounding and he was enraged. His fists had no where to go. His feet were useless. His body was rigid. He screamed, he swore. There were hideous sounds coming from Ted’s shaking body.

It was hours before Ted stopped fighting and finally succumbed to exhaustion. The boy’s body began to droop along with his ornery spirit. God propped him up. More hours passed, this time in silence.

Now was the time.

Jean and Mark were sitting at the kitchen table when he walked in. Dara was over by the sink. Sweetie was rushing in from the family room complaining about a conversation she just had with one of her girlfriends…she stopped mid-sentence when she saw Ted.

There was something different about him.

Ted was smiling. His always anxious body was calm and relaxed. He spoke softly to his mom.

At mealtime that night Ted asked questions. He wanted to know about the people in his life he had ignored for so many years. He was interested in their likes and dislikes, their habits, their friends, their personalities.

Dara made a joke and Ted laughed along with the others.

For the first time in his twelve years of living, Ted felt loving emotions and it was good.

The next formative years of young Ted’s life went quickly. He was kind, helped others and he was joyfully curious about people and about life. He learned compassion. He was forgiven by the many enemies he had from the past and he made lifelong friends who stuck with him in the future.

Ted grew up and became a youth pastor. He works with troubled kids to stop them on their dead end paths and guides them to the righteous ones.

And Ted’s encounter with God…it remained secret – until now.