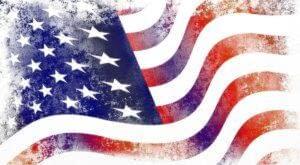 The military hero in our family is Uncle Sig, though none of us had the chance to call him uncle. Sigmund Diamond was killed days before the cease-fire in Europe, May 1945, signaling an end to World War II.

Sig was the eldest child of Eva and Morris, a first-generation American born Chicagoan. Our family story isn’t much different from others. Sig’s parents fled Russia at the beginning of the new century. They landed at Ellis Island, hopeful and penniless. Relatives were waiting for them in Chicago, and they were eager to get on with their new life.

By the time Sig was born in 1912, Morris was barely eking out a living. Life was a struggle for the growing Diamond family. Picture the scene in Chicago:

It’s teeming with hard-working immigrants grateful to escape poverty and religious persecution. They are raising their new American families in apartment buildings all over the city, bursting with the older people speaking different languages and the young people speaking English, a language most of their parents barely understand.

The children grow up fast in the new country. They work on assembly lines in factories; they sweep stores, sell newspapers, and find work where they can before and after school.

Hard work and education is the way out of the ghettos in the early nineteen hundreds, and Sig doubled down on both.

In addition to bringing a weekly paycheck home to Eva and Morris, Sig attended high school and then college. By the age of twenty-one, he graduated from Chicago’s DePaul University with two diplomas; a bachelor’s degree and a doctorate of jurisprudence, J.D., Sig was an attorney licensed to practice law.

It was the Great Depression, and jobs were nearly impossible to come by. Yet, Sig persevered. He found work with the U.S. Postal service. His law career would have to wait. Six long years later, with the economy barely budging, the country was bracing for war. The Army was hiring, and it paid better than the post office.

Thankfully, there was a place for Sig and his law degree. He enlisted in the Judge Advocate General’s (JAG) Corps of the United States Army. His work was mostly clerical, nothing so exciting as trials and court-martials. Our hero sat behind a desk on an Army base in Virginia.

Back home in Illinois, his sister Rose was now married and living in Aurora, a peaceful suburb of Chicago. She was chit-chatting with her neighbor Jan who lived across the street. Jan asked about Sig, who she knew was a single fellow in the Army. She had a single girlfriend who could write letters to Sig. Jan and Rose made the introduction.

It didn’t take long for Frieda and Sig to move beyond their “pen pal” relationship. In the fall of 1941, Sig earned permission to take a three-day leave. He and Frieda arranged to meet. Love and commitment blossom quickly in wartime. Frieda immediately knew Sig was the love of her life. Sig felt the same way, and there are love letters to prove it.

They were married on New Year’s Day 1942, just three months after they first met. Their son Gerry was born the following year, and soon after that, Sig received his assignment for active duties overseas.

Sig was stationed in Europe when the war began to wind down. His brother Willie was in France, and they made plans to coordinate their leave and meet up in Paris. Around that same time, Sig got word that he would be shipped home shortly. It was mid-April. He wrote Frieda with the good news and promised to send a telegram when he knew exactly when and where the homecoming would take place. Frieda arranged for her mother to watch little Gerry when it was time to reunite with her husband.

Spirits were high on the base. Everyone was waiting for their orders to pack up and go home. Sig and his Captain were having dinner in a local restaurant. A messenger came to their table. There was a disturbance at a bar not far from where they were dining. The Captain was needed to head over there, find the soldier who was causing trouble, and call the MP’s (Military Police) to take the man away. Sig went with his Captain.

At the bar, the intoxicated soldier was calm and spoke clearly. Could he just go back to the barracks and sleep it off? His Captain relented, and the soldier left the bar. No need to get the Military Police involved, the issue was resolved. Or so they thought.

When the Captain returned to the base, the soldier was waiting for him with his rifle cocked. He took aim and fired the deadly shots that killed the Captain and also Sig, who was standing at his side. Unfriendly fire.

The telegram Frieda received was not the one she was expecting. Is her husband dead? Impossible. It had to be a mistake.

Eva trusted Frieda. It was easier for a mother to hope her daughter-in-law was correct, rather than to believe that her eldest son was dead according to a thin piece of yellow paper, which neither she or Morris could read.

It took only a few days to confirm Sig’s death. The Army did not offer any details about the incident. It was Willie who uncovered the truth. He knew someone who knew someone in his brother’s platoon. The Army wasn’t talking, but the soldiers were. Sig was collateral damage, killed by a drunken and angry private with a lousy aim and too many rounds in his rifle.

Not all war heroes are felled by the enemy.

Frieda eventually remarried. She had a young son to care for, and when Jack asked her to marry him, she said yes. It was time to move on. Jack adopted little Gerry and loved him as his own. Sandy was born a couple of years later, and the family was complete.

God works in wondrous ways. At the time of Sig’s death, Gerry was just a toddler, having been held by his father only twice in his lifetime. Gerry was in his most formative years. His speech was developing; his brain was growing; his personality was showing itself. He was the spitting image of his father in looks, habits, and characteristics.

Gerry spent two weeks every summer with his Grandma Eva and Grandpa Morris. The entire Diamond family would gather together for picnics, days at the lake, and meals at the home of one relative or another. Even though his legal last name was no longer Diamond, Gerry was as much a “Diamond” as anyone of his cousins. His Aunts and Uncles would look at Gerry and smile. They saw so much of their brother Sig in their nephew.

When Frieda died, Gerry inherited the little treasures, which his mother had kept hidden for years. He couldn’t get enough of the letters and pictures. He spent hours leafing through his Dad’s high school yearbook, learning about the man he never knew. So many similarities! Sig was on the staff of his high school newspaper, Gerry was the editor of his school’s paper. Sig was a member of the chess club, Gerry – bridge club. At the time of his graduation, Sig wrote that his dream was to be a well-respected lawyer. Not to be rich. Not to be famous. But to be well-respected. Gerry’s ambitions were precisely the same.

Though he loved Jack, the father who raised him, they were nothing alike. He wonders if he would have been a different man, had his father lived. He shrugs and says something like “God’s will.” And that’s that. Yet even as an older man, he liked to talk to his Uncle Willie and tap into the ninety-three-year-old memory, with the hope he would release new tidbits of information about his father.

When Uncle Willie died a few years ago, more treasures were discovered. In all fairness, Uncle Willie was a hoarder. But it still came as a surprise to all of us that there were so many keepsakes of Sig’s never shared. It turns out the Army sent Sig’s personal effects to the mother, Eva, not to Frieda, the wife. Apparently, the Army was too busy fighting a war to update the next of kin Sig gave when he first enlisted.

The most interesting thing of all that was found in the basement that day was the battalion number of Sig’s Army unit. It was just the clue they needed to find out more about Sig’s unfortunate death. Cousin Robbie, a lawyer herself, did some online digging and found the case file for the court-martial of Sig’s killer. The file was classified information in the post-war years, but by now it was public record. It provided answers to previously unanswered questions. It described a scene slightly different than the one Willie heard so many years before. But still, knowing justice was done was a salve for a wounded son.

This Memorial Day, let’s say a prayer for all the Americans who died in service to their country, defeating our enemies, defending our democracy, and protecting our freedom. Thank God for our heroes, and thank God for Uncle Sig.

By Susan Diamond
READ MORE stories by this author