Story: And Then, There Were Four 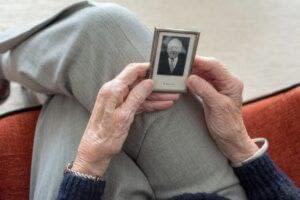 Marian Lawrence is elated and teary-eyed today. Her great-grandson just called to tell her he earned his first paycheck working at Lawrence & Sons Home Service. If only her husband Kenny were alive to see this day. But then again, Marian knows he knows. She has faith in a gracious heaven, where all the dearly departed see all and know all. And just for good measure, she has a nightly ritual where she talks to her late husband’s picture that sits on the bedroom dresser and tells him everything he may have missed from the day’s activities. She considers how fortunate she is to live to see four generations of Lawrence men working in the family business.

She remembers how it all began. It’s the spring of 1967—Friday morning. Marian is at home, waiting for the phone call from Kenny. The phone rings at 9:20 am.

Standard Oil, the gas station on the corner of Cicero and Peterson is their rendezvous spot. Marian knows precisely where to go. It’s not the first time she’s been called, but it is her last – though she doesn’t know it yet.

Kenny is waiting for her as she pulls up. He rolls down the window of his Buick sedan, Marian rolls down the window of her Ford coupe. He hands her the envelope, blows her a kiss, and she rushes off. The bank is two streets over and east one mile. She parks the car and walks through the doors into the lobby, where she fills out a deposit slip. The teller waves hello. Marian is recognized at this bank because she’s a Friday morning regular.

Earl Harvey is Kenny’s boss, and he’s a gambler. Every week Kenny and Marian tag team to cash the check before the other employees and subcontractors dip into the shallow well that is the company’s finances. When Kenny calls home later that morning, Marian gives him the bad news. Kenny is livid. It’s been a stellar month of business. Kenny sold jobs and took deposits. He picked up balances from customers whose work was completed. The cash flow is steady, and Kenny knows the costs and profit margins are well within range for there to be enough money to meet payroll.

Earl’s bookies got his money this week, and that is not okay. Standing in a phone booth on the corner of 18th and Halstead, Kenny thinks about what he will do.

Kenny sells electric. What Earl did right was to figure out a way to tap into the demand for home circuit breakers. At that time, most of the houses in the city of Chicago had fuse boxes. But when air conditioners were introduced to consumers, everybody wanted them. They would go to Sears, Montgomery Wards, or their local appliance store and buy an air conditioner. The AC units were easy to install. It fits into a window and only needed a piece of plywood for balance, and maybe a couple of side panels to keep out the hot and keep in the delicious new cool.

After installation, the homeowner plugs it in, immediately blows a fuse, and loses electricity. An overheated and disappointed customer calls an electrician to get it fixed.

When they call for help, Kenny Lawrence comes out to give an estimate. Kenny doesn’t estimate the job on time and material like the other electricians in the city. He solves their problem with a cure rather than a band-aid. He offers a “package deal”. They will replace the old fashioned fuses with a brand new 200 amp service breaker box, complete with dedicated lines to the air conditioner and other major appliances. Included in the package are grounded three-prong outlets, beautiful new switches, and modern light fixtures for every room in the house. All the electric will be updated to city code, and most important of all, the family who lives in the house will be safe from overloaded fuses, short circuits, and potential for an electrical fire. Kenny Lawrence guarantees it.

Kenny feels good selling safety, and his customers are happy with the convenience and peace of mind. And so, instead of making money for Earl, and worrying about whether he will get paid each week, he will go into business for himself. It’s the right decision.

At first, he calls his new business Aladin Electric. The “A” in the name means a spot upfront in the phone book’s yellow pages. Aladin is a fairy-tale genie who grants wishes, and in this case – Ken Lawrence’s wishes come true. It isn’t long before he has a successful business with a dozen employees working for him. Two of those employees are his teenage sons, working summers on the trucks as electricians helpers. They learn the business from the ground up and will be ready to join their Dad in the business when their schooling is complete.

Joey is the first to come aboard. He has a knack for the back end of the business; scheduling, expediting and supervising. Bob joins his Dad a few years later with fresh ideas for expanding their offerings to home improvements; gutters, siding, and replacement windows. It is soon after that the name of the business changes to Lawrence & Sons Home Services.

Years later, the third generation comes from the Lawrence daughter Cassie, whose son Jon proves to be a natural-born salesman. Kenny is semi-retired, but still coming into the office a few days a week for the pure pleasure of being with his sons, grandson, and the dedicated employees, some who are still there from the first day Aladin opened its doors.

Twenty years after that, Jon’s son Carey is looking for a part-time summer job. He looks no further than Lawrence & Sons, a place he knows so well. His Uncle Joey is retired. Uncle Bob runs the show with an eye to retirement – when Jon is ready. Jon is getting ready. And now, it’s Carey’s turn to test his wings and see if he can fly.

He starts in the room where it all starts: the telemarketing room. He’s responsible for cold calling homeowners to see if they need a free estimate for home repair, remodeling, or electrical service. It’s one of the hardest jobs to do. He’s on the phone for a four-hour shift with only two ten minute breaks. If he reaches someone at all, he’ll mostly get a “no”. He’s hung up on and sworn at. He doesn’t take it personally; he keeps it up because he knows there’s a reward to be had.

Carey is charming, and he loves talking to people on the telephone. It’s an old-fashioned method and Carey is an old soul. It feels good when he can engage the homeowner in conversation, and when that happens, he’s halfway to a “yes”. Carey has been trained well. He’s thorough – he goes through the long list of all the things they can fix, install, and renovate. He’s relentless. He won’t hang up until he gets what he came for – a “lead”. But even getting a lead isn’t enough. It has to be a solid lead. He can be persistent, but not pushy. He has to sell the value of the appointment. He represents the company and if they like Carey, they will trust Lawrence & Sons. People buy from people they like and trust.

Ultimately, every successful business is about trust. Liars and cheaters don’t make it.

Fifty-three years of service to the homeowners of the city and suburbs of Chicago. Four generations of the Lawrence family keeping it going. It’s a blessing. That’s what ninety-one-year-old Marian Lawrence is thinking when she thanks God for her family, and the business that continues to provide a livelihood for her children.

She grabs a picture from the crowded refrigerator door. It’s the one taken about a year before Kenny died. Kenny and Carey are sitting on a bench in front of their favorite breakfast place, Lucy’s Diner. The sun is shining. The day might be a little cool, they are both wearing long sleeves – no coats. Kenny’s right arm is wrapped proudly around Carey’s pre-teen shoulders. Carey is beaming. There’s nowhere those two would rather be, and no one else either of them would rather be with. The camera captured the greatness of a family bond. The photo captured the past, future, and present of Lawrence men.

Marian smiles, then sighs and grabs a tissue. Tears of joy. A heart bursting with pride. A soul bathed in gratitude.

The matriarch of the Lawrence family is pleased and content.